A North East company specialising in systems for pubs is looking to France for expansion after receiving enquiries from venues in Paris.

PhoenixABC already has two of its beer management and line cleaning systems installed in sites in Bordeaux, including the city’s popular English pub Houses of Parliament.

Now the owner of several bars in the French capital have made enquiries to the Sunderland-based company , which has since installed one of its systems in a Parisian bar for trials.

Directors hope the French connections – the company’s first – will lead to many more deals in Europe.

Phoenixabc Ltd, which counts Wetherspoons among its customers, was established in 2002 by technical director and system designer Richard Mitchinson and managing director Rodney Marcus to manufacture and design automatic beer line cleaning systems.

The firm, which employs 12 people at its head office in Pallion as well as service engineers across the UK, was named runner-up in the 2014 North East Business Awards’ Award for Innovation, run by The Journal and sister paper The Gazette, after judges heard how the business had developed an entirely new product to allow it to export around the world.

Operations director Brian Ward said interest in the line cleaning systems from France came as a direct result of the success of the two bars in Bordeaux.

He said: “Last year, we received an enquiry from the owner of two pubs in Bordeaux.

“We had to visit the bars to make necessary adjustments for French cellars.

“We had excellent feedback from the owners and since then, they have spoken to other pubs and bars about the system.”

The PhoenixABC system automates the beer line cleaning process, which is normally carried out manually. That method, however, takes time and caustic detergent needs to be handled by employees.

“Our systems are quicker and more efficient than manual cleaning and there is also no need for staff to handle caustic detergent,” said Mr Ward.

“They also don’t need to pour waste water and spent detergent into buckets, so it’s a much safer method for staff too.”

As well as being installed by one of the UK’s largest pub companies, the PhoenixABC system has also been successfully trialled in bars in Poland.

Mr Ward said: “We receive lots of enquiries because our system has been so successful and reliable, but the latest requests were the first from France in our 14-year history.

“Our system adheres to the recommended cleaning cycles in the brewing trade, which means the condition of the beer is always of the highest quality without undermining the condition of beer lines and dispense equipment.

“I strongly believe that the trials will be successful and will lead to further orders.” 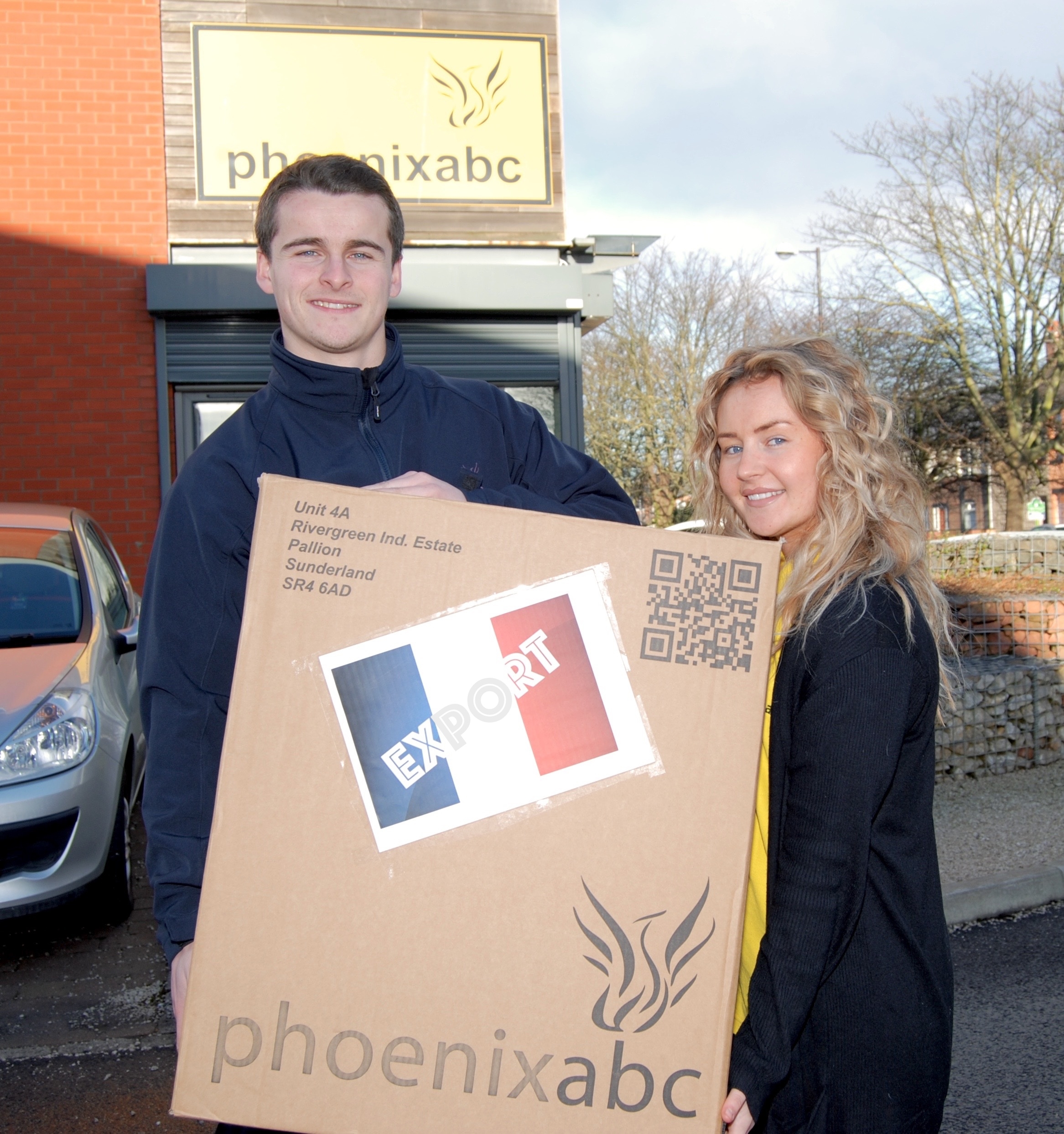 We Have Lift Off

Phoenixabc is delighted to annouce that we're now helping holidaymakers enjoy the start of their break after our systems were installed in two airports.

We have installed our beer management and line cleaning systems in All Bar One's new bar at South Lounge in Birmingham Airport.

And we have recently installed a system at Wetherspoon's The Flying Chariot pub at Heathrow's Terminal 2. Wetherspoon already have five bars in other Heathrow terminals.

On The Move To Meet Demand

Increasing demand and interest in Phoenixabc systems from around the globe mean we've moved premises to help cope with increasing orders and expected new business.

As well as securing a contract to install our automatic beerline cleaning systems in De Vere Hotels - which includes the growing Urban Village Resorts business - we're also working with new distributors in the Czech Republic and America.
Our directors have decided to stay in Sunderland, where the business was born almost 15 years ago, and we're now in larger premises at Riverside Industrial Centre in Pallion.

The new premises, which includes a purpose-built office area and production facility, means we can cope with increased demand to manufacture machines and electronics that form the basis of our systems.
For full address details, please click here.

We Take On Another Apprentice

Phoenixabc has taken on a new apprentice - just as another has been given a full-time job as the firm continues to grow.
CLICK HERE FOR FULL STORY AND CLICK HERE TO READ THE STORY ON BDAILY

Phoenixabc Ltd is to begin exporting its latest Micro machine to Poland after a successful trial in the country.

Brewery companies in Poland, who are responsible for line cleaning, approached us to revise our LX10 machine to fit the smaller bars and fewer taps that are typical of Polish bars.

When Simon Mayo's Drivetime show featured a 'Confession' about a beery problem, we just had to set the record straight about why the beer the 'confessors' drank had made them ill.

Listen to the mention here

The copyright to the content remains with the BBC.

Enter your email address to be notified of new posts:
Subscribe via RSS: